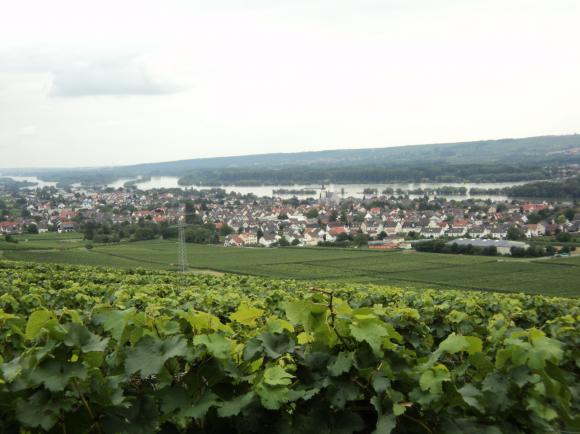 We would be pleased if we with us, the "Rhine", might welcome. Where Privy Goethe and the Romantic Rhine probably felt it would also like you intended.

In the summer house of the Brentano family from Frankfurt, gave the Poets of the Romantic Rhine, the jack in the hand.

A visit to the Rheingau, Oestrich exact angle is always worth a visit:

You see and experience monasteries, castles, wineries and taverns and charming half-timbered houses. Numerous cultural events throughout the year, as the "Rheingau Music Festival", the "Rheingau gourmet weeks", the "Glorious Rheingau Days" or the "Day of Open Cellars", the Rhine and all embedded in one of the most beautiful wine regions in Germany.

What distinguishes the region also are the excellent wines, above all the famous Rheingau Riesling. But even high-quality red wines, such as Pinot Noir are grown with us in the Rheingau.

Oestrich-angle is a convenient starting point for walks and boat trips and visits to vineyards, ostrich farms and wine festivals. Oestrich-angle is in the middle of the wine and Rhine region "Rheingau" the largest Hessian vineyards with excellent southern exposure, between the state capital of Wiesbaden and Rudesheim am Rhein.
World famous Kloster Eberbach and his vineyard, "Steinberg".
Oestrich-angle is higher education and, for some time it will be the location of University European Business School, Economics and Law subjects. We have students from all over the world in Oestrich-Winkel.

Above the town is part of the Castle winery Vollrads with its water tower from the 13th Century. One of the most renowned wine estates in Germany.

For walkers intersting, just past the castle leads the premium trail "Rheinsteig".


A Short History of angles.

The earliest surviving written reference angle of the "Winkela" dates of 850 Therefore, it was 1956, the celebrated 1200 years angles.

It is about a church of St. Walpurgis, and their location and design is unknown today.
Later the name was changed to "long angle" or "Winicella" then again in angle.
The "Grey House" is the oldest stone house in Germany and was in possession of the Lords of angle, called Greiffenclau that are proven since 1191.

Supposedly this house, formerly an 856 as a summer residence of the bishop of Mainz "Rhabanus Maurus," an important Carolingian scholars who have served.
It is reported detention of legend generous meals WHILE arms of famine.
His statue stands in front of the church in angle.

In 1467, Richard of Greiffenclau to Vollrads, later Archbishop and Elector of Trier, was born at Schloss Vollrads.

In Berentanohaus, a summer home of the Frankfurt banking family of Brentano, was around 1814, among other long-time Privy Councillor Goethe visited.
Children of the family are Brentano, Clemens, Gunda and Bettina Brentano. The friend of Bettina, Caroline of Günderode 1780 - 1806 a poet of the Romantic committed suicide on the Rhine in angle from lovesickness.
While the romance is a lot of artists met in the summer house of Brentano.

Predominant is the famous Riesling wine.